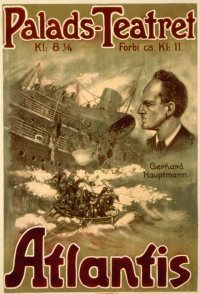 Dr. Fred V. Kammacher, a young physician living a short distance from Berlin, has been disappointed in his bacteriological researches and to add to his mental and physical distress, his wife, Angele, develops symptoms of brain derangement. The couple are the fond parents of three children and when Dr. Rasmussen, the family physician advises that Angele be taken to a sanatorium, Kammacher is threatened with a general breakdown. He reluctantly consents to the pleadings of his mother to seek rest away from his home and makes his first sojourn in Berlin. While there he accepts an invitation from an old friend to attend a matinee performance, at which Miss Ingegerd Halstrom, a famous danseuse, appears in her latest creation, "The Dance of the Spider." Kammacher falls under her charm and is introduced by her father after the performance. But he is disillusioned when he finds her bestowing her attention indiscriminately upon the gallants who surround her. He leaves in disgust and upon later ...