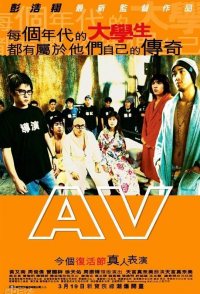 Four friends are about to graduate from university and ostensibly journey on to the rest of their lives. But they are confused about their own futures and are not ready to enter real adulthood, which to them means work, family and responsibilities. Their classmate Lok is notorious within their university for trying to hit on girls by saying that he is a filmmaker. He is then expelled by the university right before graduation. The four friends decide to copy the idea and take it even further. They concoct an elaborate plan to hire a Japanese AV actress to "act" in their fake film, but of course this is only an excuse to have sex with her.