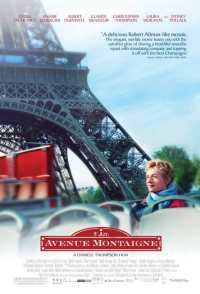 Jessica, raised by her grandmother, comes to Paris and gets a job at a bar across from a performance complex where a play, a concert, and an art auction will occur the same evening. It's a world in flux: the play's star wants off a popular TV soap that's made her rich, and she covets the lead in a film about de Beauvoir and Sartre; the pianist hates the concert circuit, but his wife who's his manager may leave him if he quits; a self-made widower with a girlfriend less than half his age is selling his collection of modern art - his son, a professor, objects to his father's love life. The stage manager at the complex is resigning after 30 years. Jessica sets the tone for how all plays out.