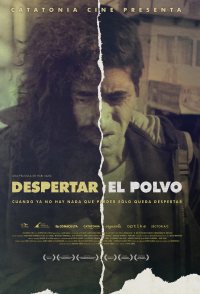 This is the story of man who has suffered the transgressed living a life of crime and corruption. The hood is the stage where he roams the streets invisible, ignored, lonely, lost in his misery. An unfortunate event will move Chanos protective instinct and will make him go back to the crime world in order for him to try to release his godson from jail. However the result of his actions will sink him more and more. The film elaborates a fundamental question What underlies tragedy?