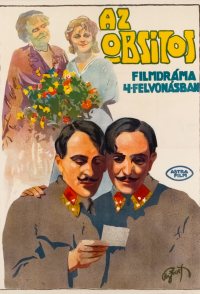 A young man from a good family named Gyuri falls madly in love with a girl he can't marry. Desperate, and despite the maternal opposition, he enrolls in the army and goes to the front. Some years later, his mother and sister do not know that their long-absent son and brother has been killed in the war. Gyuri's soldier best friend goes to tell them the news, but in the event he can't bring himself to tell them the truth, and introduces himself as Gyuri, whom they haven't seen in many years. But things grow difficult when he finds himself falling in love with his "sister".