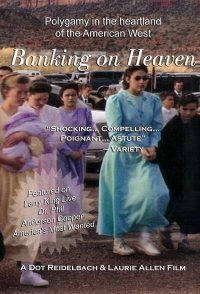 A hard-hitting documentary on the largest polygamous cult in the U.S., the Fundamentalist Latter-Day Saints (FLDS), located right on the Utah-Arizona border. This film shows how women and girls are denied education and other civil rights, and are treated as slaves who are married off to the polygamous men of the cult. It investigates the role of Warren Jeffs, Head "Prophet" of the FLDS, and offers a searing indictment of his treatment of fellow cult members. It also addresses the lack of outrage from the mainstream Mormon church as well as the government's collective failure to take care of the problems that are plaguing many polygamists caught in this web of greed and deceit. See how a small group of courageous filmmakers managed to make their way into a town which shuns outsiders--particularly ones with movie cameras--and get damning testimonials from some of the women of this cult.