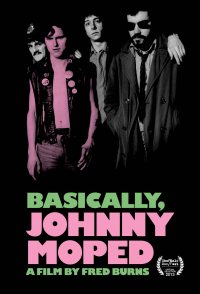 A funny and often moving account of one of UK music's great lost treasures. Formed in 1974 by a group of school friends from Croydon, Johnny Moped were the band fronted by, and named after, the enigmatic Paul Halford aka Johnny Moped. By 1977 the group found themselves at the heart of the burgeoning punk scene in London and for a brief moment even looked like contenders. Despite being able to count both Chrissie Hynde and Captain Sensible as past members, success was not to come their way and Johnny Moped are now largely forgotten, punk rock's great lost band. Their story is however a fascinating one that, along with some of the era's most innovative music deserves to be heard.