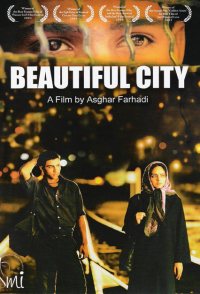 Directed by multi-award winning filmmaker Asghar Farhadi, 'Beautiful City' is a cinematic gem not to be missed. Akbar has just turned eighteen. He has been held in a rehabilitation centre for committing murder at the age of sixteen when he was condemned to death. Legally speaking, he had to reach the age of eighteen so that the conviction could be carried out. Now, Akbar is transferred to prison to await the day of his execution. A'la, a friend of Akbar, who himself has undergone imprisonment for burglary, soon after his release tries desperately to gain the consent of Akbar's plaintiff so as to stop the execution. 'Beautiful City' is a simple film about the power of forgiveness.