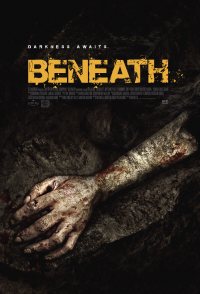 Samantha "Sam" Marsh is in a bar during her father's retirement party. After growing up in a small town coal mining community, she's decided to study environmental law instead of following in her father's footsteps. Her father has been struck with an illness related to his many years of mining coal and he can no longer work without risking his life. When the miners in the bar declare that Sam's whole life is painting her nails and checking Facebook, and that she could never be a coal miner, Sam decides to prove them wrong and go down below with them. Unfortunately while down beneath the ground, the mine shaft collapses and she, her father and the other miners are trapped below, some killed instantly and others injured. Those left alive start to slowly go crazy as the oxygen runs out, and they worry that they'll suffer the same fate as the urban legendary 19, nineteen miners buried alive and left for dead in the 1920's.