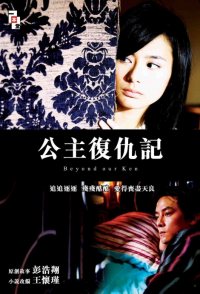 Shirley (Tao Hong) is a karaoke waitress who leads a perfectly normal love life with her fireman boyfriend Ken (Daniel Wu). But one day, she is confronted by Ken's ex-girlfriend Ching (Gillian Chung), who informs her that Ken has a dark side. Ching says that when they were a couple, Ken used to take nude photographs of her. But right after taking those photos, Ken dumped her and posted those photographs all over the internet. As a result, Ching lost her job as a teacher. Shirley initially doubts Ching's intentions, but she soon believes Ching and helps her sneak into Ken's apartment to destroy those photos which are stored in his computer. Fearing that Shirley may be led down the same path as Ching, together the women join hands to plot against Ken. But the truth is not as simple as it seems.