Beyond the Horizon ratings (Movie, 2009) 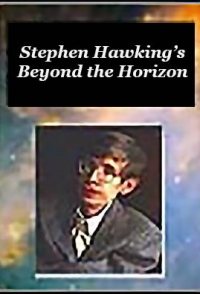 Olivia is a twenty-something reporter assigned to the religion beat for the London Times. She is on deadline to write a feature story about cosmology and the meaning of existence on the 100th anniversary of Einstein's proposing the special theory of relativity. Olivia is scheduled to interview the "rock star" of cosmologists, Stephen Hawking. A skeptic when it comes to scientific facts, she firmly believes science holds no meaning for the Big Questions of life. The interview with Stephen Hawking leads to more than Olivia bargained for-a whirlwind journey through time and space, where deep space images explode onto the big screen and where the "Big Questions" are answered for Olivia and the audience with ease and whimsy.