Beyond the Rainbow ratings (Movie, 1922) 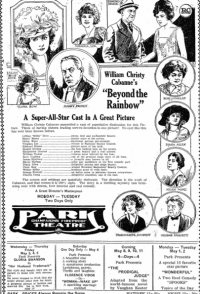 Marion Taylor is secretary to Edward Mallory, a wealth Wall Street businessman. She supports her invalid brother Tommy, who has been told by his doctors that he has to go to the mountains for his health. Marion doesn't have the money for that, but Mallory, who has made no secret of his intentions towards her, does. She resigns herself to submitting to his advances in order to get the money in order to keep her brother alive. However, circumstances arise in which she may possibly get the money without having to debase herself with her boss.