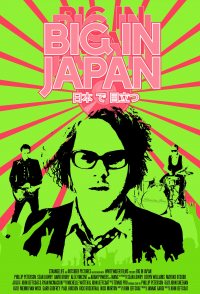 Big in Japan is a rock and roll road movie about a struggling Seattle band determined to not fade away. The film, which is based loosely on actual events, follows real life rockers, Tennis Pro, as they travel to Japan- a last ditch attempt to prevent their day jobs from becoming their careers. Director John Jeffcoat (Outsourced) utilizes a fresh narrative approach, guerrilla production style mixed with an international storyline to craft a dynamic and entertaining story where music and film intersect with two cultures to reveal simple, oftentimes hilarious, universal truths.