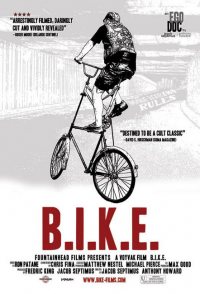 An exploration of the Black Label Bicycle Club and the wider tallbike subculture that has grown up around it. Comprised mainly of artists driven by anti-materialism and a belief that the impending apocalypse will render cars useless and bicycles in power, BLBC battles mainstream consumer culture and rival gangs for its vision of a better tomorrow. The film chronicles the trials of co-director Anthony Howard as he tries to become a member of the club