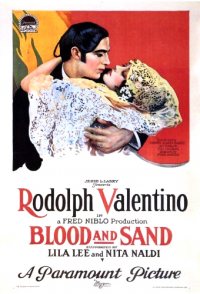 Juan is the son of a poor widow in Seville. Against his mother's wishes he pursues a career as toreador. He rapidly gains national prominence, and takes his childhood sweetheart Carmen as his bride. He meets the Marquis' daughter Dona Sol, and finds himself in the awkward position of being in love with two women, which threatens the stability of his family and his position in society. He finds interesting parallels in the life of the infamous bandit Plumitas when they eventually meet by chance.

The Four Horsemen of the Apocalypse
Total votes: 3,034
Average rating: 7.2