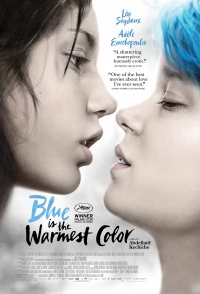 Adèle is a high school student who is beginning to explore herself as a woman. She dates men but finds no satisfaction with them sexually, and is rejected by a female friend who she does desire. She dreams of something more. She meets Emma who is a free spirited girl whom Adèle's friends reject due to her sexuality, and by association most begin to reject Adèle. Her relationship with Emma grows into more than just friends as she is the only person with whom she can express herself openly. Together, Adèle and Emma explore social acceptance, sexuality, and the emotional spectrum of their maturing relationship.