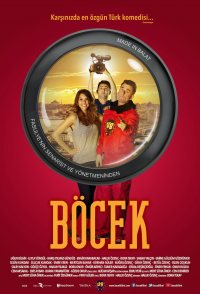 Ugur and Baris run a DVD Shop together. They are funded by Baris' wealthy uncle, Engin. Ugur is in love with Leyla, Engin's little sister, also Baris' cousin. Leyla too, favors Ugur in a special way, and they meet from time to time in secret not to alert Engin of their romance. As an educated and free spirited girl, Leyla feels entrapped by Engin's authority and the limitations of the conservative neighborhood they live in. She feels her only way out is by marriage, but Ugur seems of no help in this matter. He does not have the courage to open up and face Engin. He feels he has to put his life in order first and provide the security Engin expects and Leyla deserves. The solution comes from Baris. They are to shoot a film. This way Ugur would prove his worth to the neighborhood and confidently ask Engin for Leyla's hand in marriage. However, only when they watch the dailies of their first shoot will they realize filmmaking to be much harder than presumed as the outcome is a big failure...