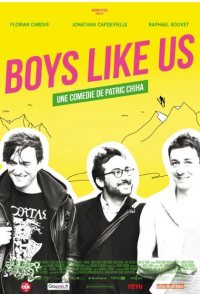 Rudolf, a bookshop salesman, Gabriel, an actor, and Nicolas, a bar waiter, share more than one common point: the three of them are thirty-something, gay and... neurotic! So what a shock when following a sentimental break-up, Rudolf decides to leave Paris (and his two friends at the same time). What he wants is to put order in his life and it seems to him the best thing to do is to move back to the village of his birth, somewhere in the Austrian mountains, far from the chaos of Parisian life. After a moment of panic, Gabriel and Nicolas decide to follow Rudolf to Styria. Little do they know how eventful their trip will be...