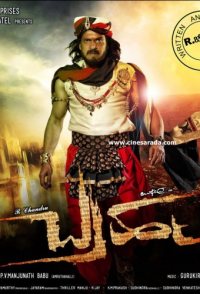 Bramha (Upendra) a notorious gangster who is a nightmare for politicians and the police. The Police appoint ACP Shinde to nab Bramha, but Brahma escapes to Malaysia on a secret mission where he meets the heroine (Pranitha Subhash). Pranitha falls for Brahma, but Bramha rejects her love and comes back to India. Pranitha follows him to India also. The story then takes a different turn from there. Why does Brahma avoid her? Why does Brahma go to Malaysia? What is his secret mission? Why did he become a dreaded gangster? What connection does Brahma have with the 16th century warrior? Will the Police be successful to nab Bramha for his anti social activities?