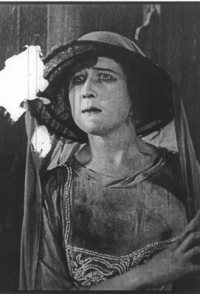 Country girl Candace Newby, jealous of Estelle Payne, an apparently successful actress, goes to New York, where she is introduced to theatrical manager Emil Krause. Krause makes advances toward her, but she is rescued by Arnold Train, a young playwright who has fallen in love with her. When she realizes that Krause has paid for her apartment and clothes, Candace leaves, horrified. Soon she runs out of money and with her last pennies buys a loaf of bread that is knocked from her hands onto a passing auto fender. She wanders the streets until she spots her loaf through a café window. Arnold again aids her when she faints in the café, and Candace, finally realizing what she really wants, accepts his marriage proposal.