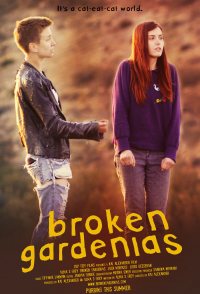 For the overly shy and timid Jenni life takes a turn when she meets the powerfully audacious Sam and the two get on the road to search for Jenni's father. The adventure starts from the moment Sam saves Jenni's life from an attempted suicide and as the two set out to LA they are faced with something more than just each other's worlds. From hitching rides to scouting the downtown LA skid row their escapades take them to places and people that eventually only bring them closer together.