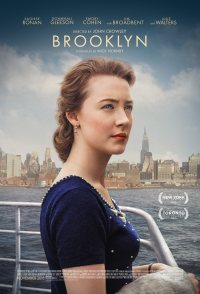 Ireland, early 1950s. Eilis Lacey (Saoirse Ronan) is a young woman working in a grocery shop. She has greater ambitions and moves to Brooklyn, New York, leaving her mother and sister, Rose (Fiona Glascott), behind. She is terribly homesick but eventually settles down, finding a job, studying to be a bookkeeper and meeting a nice young Italian man, Tony Fiorello (Emory Cohen). Things are going well, but then she learns that Rose has died, and decides to return to Ireland, temporarily. She and Tony hastily get married, and then she sets off back to Ireland, alone. Life is about to get complicated.