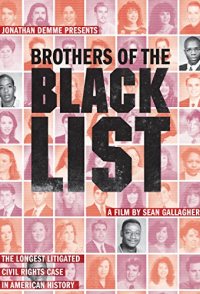 Brothers of the Black List tells the story behind the longest litigated civil rights case in American history. It all began in September 1992, when an elderly woman in Oneonta, New York reported that she had been attacked in an attempted rape by a young black male who cut his hand during the altercation. This led to a college administrator at nearby SUNY Oneonta giving the police a list of the names and residences of the 125 black men who attended the school. Police used this list to track down every black male in town, questioning them and demanding to see their hands.