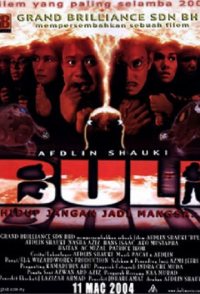 Describing the life of a man named Nordin who had a problem with low self-esteem or 'inferiority complex' due to his physical form. The internal problems that started from this school age were brought about until he became a computer company executive in Cyberjaya. In fact, he is still a victim of bullying by his classmate, Roy, who happens to be at Nordin's job as a manager. In the face of this unpredictable conflict, Nordin met with a psychiatrist named Dr Ika who later helped rebuild his confidence. That's where Nordin and Dr. Ika end up in love.