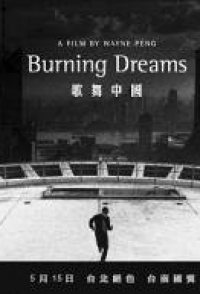 Wayne Peng's documentary opens with breathtaking image of a young woman dancing on the roof of a Shanghai skyscraper as dawn breaks over the city. You can see this in the clip the director has in his website. Beautifully photograph in BW by Nan Hong Ho. Burning Dreams surrenders nothing but what it promised in its first shots: Poetry in black and white. Peng - who's background is stunning TV commercials and advertising - an multiple award winning director ranked 14 in the Gunn Report) turns Dreams 52 Dance School its eye's subject, The Dreams 52 academy was founded in 1999 to focuse on "jazz dance", its alternative to that of Broadway musicals. Peng focuses on the school's principal, an admirably fit and restless 70-year-old named Liang Yi, a man who refuses to give up his dreams of becoming China's answer to Gene Kelly. His hope and mission is to discover a real talent among the kids at the the academy, which seems nothing but an unlikely dream. The film sketches the lives and ...