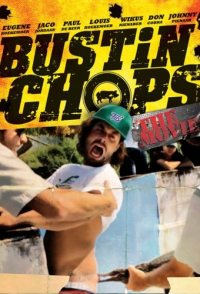 The movie starts 5 years after stuntman Eugene Koekemoer and his crew of misfit stuntmen left the world of fame with their Stunt TV shows and started to work regular 9 to 5 jobs. Everybody seems to be doing well except Eugene, so he devises a way to get his whole crew back to follow him one more time on the road to fame. It doesn't end there, Eugene's plan is to make a STUNT movie and show it to Steven Spielberg when he visits South Africa. This of course ensures chaos and lots of laugh-out -load stunts! Steven Spielberg isn't the only big movie producer on Eugene's list, he also gets a tuff movie mogul (Jonathan Pienaar) involved just to make things interesting! Eugene meets up with (Jonathan Pienaar) and tells him his whole story of producing the newest South African stunt film. As the story evolves the audience is shown bits of the stunts that Eugene and the crew performed for the film. Jonathan is more and more intrigued and this is where the plot thickens and Eugene has to employ...