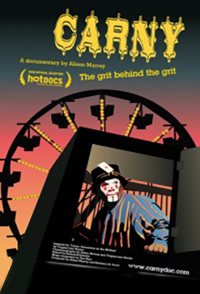 Follows 6 carnival workers: Hairy, a lesbian cotton candy worker in search for love, Poochie Love, a former aspiring R&B singer who now uses the Balloon game as his stage, Dave and his 2 girlfriends trying to make ends meet while keeping their threesome alive, Ray and his family's chase for the middle class dream, and Bozo Dave, who's mysterious departure from all he's ever known reveals a man lost among the outside world of 'townies'. Their lives merge and split into personal stories unveiling a microcosm behind the whirling twirling lights not to different and yet worlds away from mainstream society.