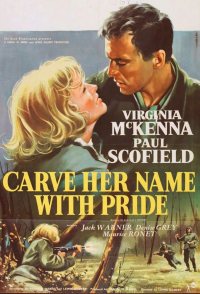 Violette Bushell is the daughter of an English father and a French mother, living in London in the early years of World War II. She meets a handsome young French soldier in the park and takes him back for the family Bastille day celebrations. They fall in love, marry, and have a baby girl when Violette Szabo receives the dreaded telegram informing her of his death in North Africa. Shortly afterwards, Violette is approached to join the S.O.E. (Special Operations Executive). Should she stay and look after her baby or "do her duty"?