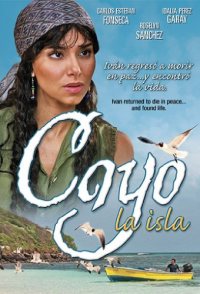 Ivan, Julia and Kike were born and grew up in Culebra where they shared a close friendship. Ivan and Julia are a couple but Kike is in love with Julia. They are separated when Ivan is drafted and sent to Vietnam. When Ivan is reported MIA for several years, Julia becomes closer with Kike. Ivan returns, takes Julia to New York and marries her, leaving Kike behind. Much later, Ivan is diagnosed with cancer, and this time it is he who decides to return to Culebra with Julia. With her help, he begins to participate in Culebra's social needs. He even ventures in a small boat and that is when he stumbles on Cayo, a small island closeby. Here he finds peace of mind, and the island has a healing effect on him. When federal authorities try to keep Ivan away from Cayo, they find themselves face to face with a community that will defend Ivan's need to visit the island. Based on a true story of love and friendship that will touch your heart, this wrenching drama was filmed in the beautiful ...