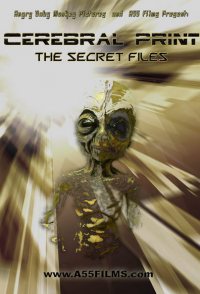 In 1967, a secret government organization called The Cerebral Print Program, or "The Print", was created to capture and study extra terrestrials. Once in the lab, Scientists scoop out the alien brains and chuck them into a harvester which extracts and records the final memory so it can be viewed at a later date. The end result: a Cerebral Print. A group of government agents try their damnedest to keep the program a secret while the little grey bastards attempt to probe their way to freedom. This is a compilation of Cerebral Print Files.