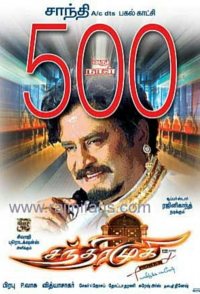 Senthil and Ganga marry against the wishes of their extended family, and move into a mansion right next to where the cousin intended as Senthil's bride Shweta lives. Several members of Shweta's family are miffed at Senthil's "unauthorized" wedding, and his mother start's fearing for the newlyweds' safety when they move next-doors to their cousins. Soon after moving into their new house, strange things start happening, whether these are caused by the apparent ghost of a former occupant, Chandramukhi, or any one of the suspicious members of the extended family, will be looked into by "psychiatrist extraordinaire" Dr. Sarvanan.