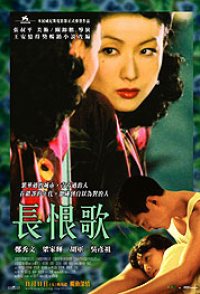 A person's life is destined to be shorter than that of a city. Having spent her whole life in Shanghai, Qiyao has her moments of prosperity and her fair share of loneliness. She finally fades and disappears but Shanghai remains a metropolitan city. Shanghai in the 1930s is glamorous and seductive. A pretty young girl from an ordinary family, Qiyao is lucky enough to win the 2nd runner-up of the "Miss Shanghai" contest. Mr. Cheng, her admirer as well as a photographer who assists her to her success, knows the girl is going to live an extraordinary life. It turns out she is going to witness the decades of changes to her city. 1948, Officer Li, an official in control of the army, keeps her as his lover. During the time, she spends her life at the Parliament ballroom, accompanies him through dangerous situations, and tries to devote all of herself to a man she believes she can spend the rest of her life with. But one day, he disappears and does not return. She never gets to find out the ...