Chaplin of the Mountains ratings (Movie, 2013) 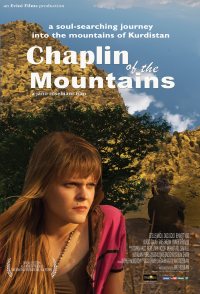 A recently orphaned young Kurdish-French woman travels to Iraqi Kurdistan to find her mother's village, likely destroyed during the Anfal genocide. On her journey she meets two American film students who are traveling to remote villages screening Charlie Chaplin films. They decide to help her search, an undertaking that brings them to the war-weary Mount Qandil, dubbed by the locals the Kurdish Bermuda Triangle, along the Iraqi-Turkish-Iranian borders.