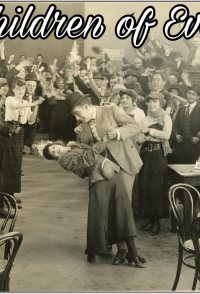 Young Henry Clay Madison, a clerk, falls in love with Flossy Wilson, a prostitute from New York's East Side. Although she reforms under his influence, Flossy believes that she is unworthy of Madison and rejects his marriage proposal. Seventeen years later, Madison's nephew Bert, a social worker, falls in love with wanton Fifty-Fifty Mamie, reforms her and elicits her help in his work. Bert falls ill, and when Mamie tries to visit him, Madison, who now is concerned only with money, convinces her to give up the idea of marrying Bert. Mamie goes to work in Madison's canning factory to investigate conditions. In addition to employing children, Madison's factory has no fire escape and only one staircase, which catches fire, many children die and Mamie is seriously injured. Madison visits Mamie, who cries Bert's name in delirium. When Madison brings Bert, now recovered, Madison notices a photograph of Flossy, Mamie's mother and realizes that Mamie is his daughter. She dies in Bert's arms, ...