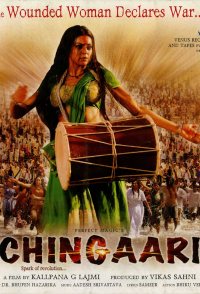 In the village of Rangpur, District of Badlapur, India, lives Narainda, who has been the Postmaster for the last over 35 years. He has patiently awaited the arrival of an assistant so that he can consider retiring. His assistant does arrive in the shape and form of Chandan Mishra. Narainda teaches him to deliver mail, take a rupee for reading mail out aloud; and avoid much contact with the prostitutes of Lal Batti. But the women of Lal Batti, Phulwa, Gulabo, Bijli, Basanti, Padmavati, and young Titli, the daughter of Basanti, are drawn to Chandan, and he becomes a frequent visitor there. The local High Priest Bhuvan Panda, who also visits Basanti late at night to satisfy his sexual lust, does not appreciate Chandan's frequent visits, especially after he finds out that Chandan is educated and very outspoken. Then a mysterious admirer of Basanti starts sending her love letters and even proposes marriage. When Bhuvan finds out, he forbids anyone from going to Lal Batti, as in his mind ...