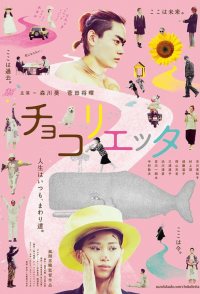 At the age of 5, girl's mother dies in a car accident. Ever since then, the girl closes herself within. In high school, she borrows a famous Film from a boy, a graduate of the movie study club. The film was a favorite of her mother. When the girl tells him that she wants to die, he answers, I had thought of killing. He has the same kind of despair that she has. He suggests that they make a film together. They decide to ride a bike and travel far for location. But they entered to the polluted by radioactivity.