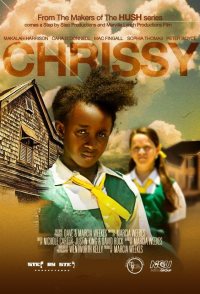 Bullying and discrimination were not detractors for Chrissy. She had a goal in mind and she knew it was the way to her personal liberation. Faith in God was tantamount in her pursuit as she steadily focused and refocused in the "I can do anything..." message. She believed that education plus faith in God were the ultimate combination to success. What is so awe-inspiring is that Chrissy was not selfish but was all too happy to bring others along with her on her path to redemption.