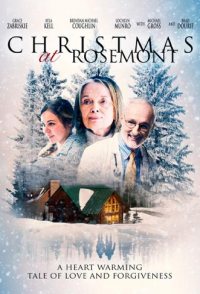 In a raging blizzard five days before Christmas, two young people meet by chance: Lisa, 23, pregnant and scared, and Brad, a professional snowboarder. Both want to make it over the mountains ahead of the storm, Brad to attend a party announcing his engagement, Lisa because she's desperate to get anywhere, so long as it's away from the mysterious circumstances she's running from. They don't make it. The blizzard catches up with them - Brad's car slams into a snow bank in the middle of the wilderness. They're forced to seek shelter at the one structure they've passed in the last ten miles: the Rosemont Lodge. Once a vibrant year-round resort, the Rosemont Lodge has been closed for nearly 20 years. Most of the Lodge has been sealed up; now, only a corner of the main building is inhabited. The lodge's owner, Josephine, used to be the heart and soul of the resort - her personality, and her cooking, were as much of an attraction as were the hundreds of acres of pristine mountain wilderness ...