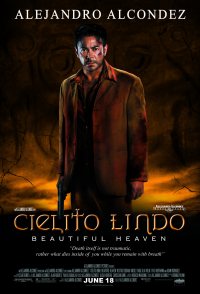 Death itself is not traumatic rather the life that dies inside of you while you remain with breath this is the life of Pablo Pastor. Corrupt and deceitful people have stolen a precious stone known by the indigenous tribe as the Cielito Lindo, which is believed to bring much needed rain back to the desert-like village of the Tahuromara Tribe. Pablo is forced to abandon his quest to reunite with his family, and thrown into the center of the chaos of the Cielito Lindo. Outwitting and outsmarting the corrupt assassins, Pablo finds a way to return the precious stone back to its people and, with it, hope and life. Towards the end of his struggle, Pablo comes to the realization that his son and wife perished in a tragic car accident that he, alone, survived, leading to many months of post-traumatic amnesia. Pablo's life will never be the same. Would yours? Live life to its fullest today...tomorrow may never come.