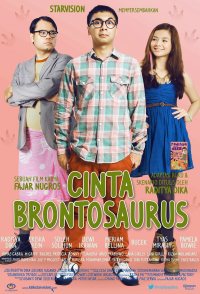 This Movie is about Dika, a writer who had just broken up with his girlfriend, Nina, after a long relationship. Ever since he had his heartbroken, he believes that relationships will eventually get 'expired' and will end. Meanwhile, Kosasih, Dika's writing agent, is trying to convince Dika that there is true love, like Kosasih who believes in the love of his wife, Wanda ( Tyas Mirasih ). Kosasih then tried to introduce Dika to some girls. However, love can come at any time. Dika met Jessica, a girl who has the same strange mindset as Dika. The closer Dika gets to Jessica, the more he questions 'Can love really get expired?'