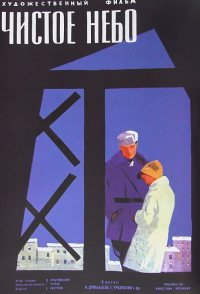 At the outset of the War, Alexei,an airman, marries Sasha Lvova, a young factory worker. One day, Alexei does not return from his mission and he is thought to be dead. Some time after the end of hostilities though, he reappears : taken prisoner, he has managed to survive. But everybody besides Sasha rejects him;to make matters worse, he is expelled from the party. Alexei sinks into despair and alcoholism. Fortunately, Stalin dies and his lot improves at last.