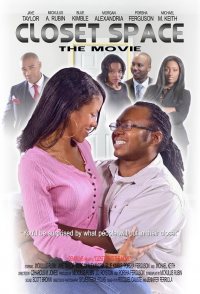 This film is about a married man named James Roberts who is getting use to his strange new job. After being out of work for over a year, James is finally back on his feet. He has no idea that his world is about come crashing down on him. James rents out closet spaces. That's right closet spaces, not houses, not closets for houses just closet spaces. The kind you rent when you want to hid dark secrets or have your fantasy come true. James has the strangest job he has ever heard of, no one at this job truly understands how the closet spaces is even possible. You will be surprised what people will keep in their closet space.