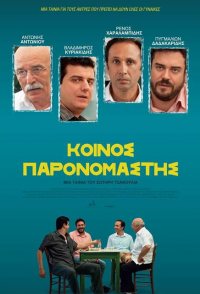 Three men, Nick, Jim and Alexander, meet in a small traditional coffee shop outside Athens by chance and they start chatting about women. The owner of the coffee shop Mr. Plato joins the conversation. Nick is there to see his girlfriend who, as he says, has been cheating on him and he went there to straighten things out with her. To him, all women are whores and not to be trusted. Jim is there to meet his fiancé's parents and he believes that happiness lies in a normal and quiet life, without many expectations. To him women are the partner in order for a man to achieve this kind of happiness. Alexander has gone there to meet a girl that he has been chatting with through the Internet for the last 4 months. To him, a woman represents the most romantic thing in the world. Mr. Plato believes that women are divine, since the woman of his life is his daughter.