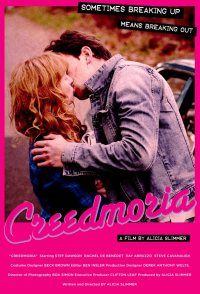 Creedmoria is a tale about growing up in Queens, New York, in the '80s-but at its core, it's about one teenage girl's hope. Set against the backdrop of the state's largest mental hospital, Creedmoor, we watch Candy try to survive high school, a psycho boyfriend, a domineering mother, a dickhead boss, one brother coping with a drug addiction and another struggling with his sexual identity-all while trying to fit in and stay as hopeful as she can. This heartwarming film is the story of how she breaks out.