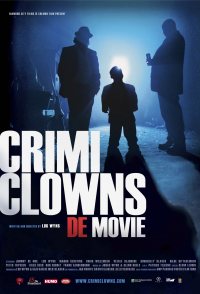 Not so long ago Ronny aka Clowns Norry and his crew were at the top of showbiz. Until he made a mistake that made headlines in the tabloids. Since then he has to struggle with a heap of financial and family troubles. So after dark, Norry and Co trade in their clown clothing for black outfits and masks. The social life of the gang members is played out in nightclubs and brothels, their private lives are a mess. Remorse or scruples don't seem to affect them. Until the camera zooms in on their soul. lately, it all seemed to go downhill for the gang. Now, just when they thought they hit the jackpot, trouble lurks around the corner. A story filmed by Ronny's son Wesley.