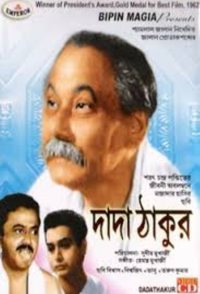 The film is based closely on the life of the real-life Dada Thakur, and was made in his lifetime. Dada Thakur (Chhabi Biswas) starts his career with a hand-operated press, with his wife as his assistant. Later he is joined by Nalini Kanta Sarkar, an underground freedom-fighter. Dada Thakur brings out the newspaper Jangipur Sangbad. He campaigns against social evils and earns the ire of the ruling classes. He saves a girl, Lata, from the unwanted advances of Darpanarayan (Biswajit Chatterjee), son of the local landholder. Lata joins the ranks of freedom fighters working with Sarkar. Subsequently, a reformed Darpanarayan too becomes an ardent follower of Dada Thakur and joins the struggle for India's freedom. Dada Thakur's greatest success is when he helps an ordinary man, a petty shopkeeper, get elected as the Municipal Commissioner of Jangipur.