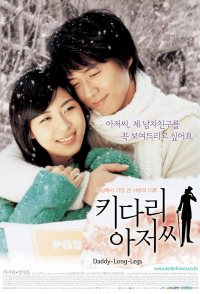 Young-mi (played by the fresh and wonderful Ha Ji-won) lost her parents when she was still young, but despite such hardship, she manages to live her life cheerfully. Helping her out is a mysterious benefactor. When the time comes for her to attend university, this secret patron pays her tuition and other fees. Young-mi wants to meet this man some day and thank him, but she never manages to glimpse more than his long shadow - and from this shadow she comes up with his nickname, DADDY LONG LEGS. A few years later, after Young-mi graduates from school, she gets a job writing for a morning program at a radio station. On her first day at her new job, she gets a present from DADDY LONG LEGS. Young-mi loves her job and the people she works with. She even starts to fall in love with Jun-ho (Yeon Jeong-hun), a researcher at the station. Meanwhile, Young-mi begins looking for an apartment near her work. With the help of a producer, Young-mi finds an apartment where a former co-worker from the ...