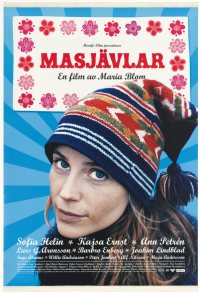 Mia, who's living in Stockholm, comes home to her small childhood town to celebrate her father's birthday. There she finds herself looked down-upon by her oldest sister; and she has to confront both her sisters when her father decides to give her the cabin by the lake, a place sought-after by both of her sisters. She visits some people who are still living in the small town, and all seem quite content with the lives they're leading. However, as the story progresses it becomes more and more noticeable that none of the characters feel good about how they live.