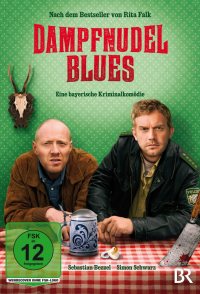 'Die you pig!'. The words are emblazoned on the wall of the home of school principal Höpfl for all the people of the village to see. And soon after, this very man is found lying dead as a doornail on the train tracks! Franz Eberhofer, the local policeman in the sleepy Lower Bavarian province of Niederkaltenkirchen, suspects murder. And the prospect is one that does not entirely displease him, as this backwoods offers very little excitement other than the fantastic meals with his cooking-obsessed Grandma or the constant stress with his Beatles-loving Dad. He is supported by Rudi Birkenberger, now a department store detective but previously with Franz in the Munich detective squad until both were suspended. The Höpfl case gets even more tangled when a second corpse is found, that of a drug addict hustler that Höpfl had been in contact with. As well as this, Franz must cope with the fact that his Susi is having an affair and he reckons the lover is the Thai offspring of his estranged ...