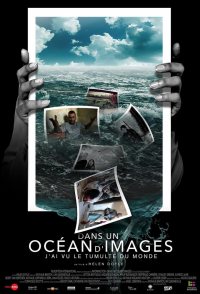 Bombarded by thousands of images every day, are we still able to truly see them, especially those of conflict and its aftermath? As she takes us on a quest for the meaning of images today, Helen Doyle meets outstanding photographers and artists whose work forces us to look deeper at the world and at ourselves: Alfredo Jaar, Letizia Battaglia, Stanley Greene, Philip Blenkinsop, Bertrand Carrière, Geert van Kesteren, Lana Slezic, Séra, Nadia Benchallal, Paolo Ventura. With moving honesty, they speak of compassion for their subjects and the psychological toll of being a witness. This is a film for all those who capture innumerable images with their cellphones and digital cameras and share them. A film for people who seek to understand our tumultuous world and look for meaning in the challenging work of artists today. Music composed by Nigel Osborne.